Many people don’t think of Germany as a tourist destination, but they might be surprised to hear that visitors clocked up more than 80 million overnight stays in 2016. That’s a huge amount of visitors, and Germany is probably unique in the sheer number of repeat visits that the country attracts. Germany has close links with many European countries and is seen as a welcoming country especially in the aftermath of the immigrant crisis.

However one of the major reasons of this boost in the German tourism industry is the increase in the number of airlines who are providing low cost flights to the country. In the UK for example many new routes are being established in 2017 including Cardiff to Berlin and Ryanair are expanding to include routes to Cologne and Frankfurt. What’s important is that these schedules are being flown all year round which encourages the city break crowd. 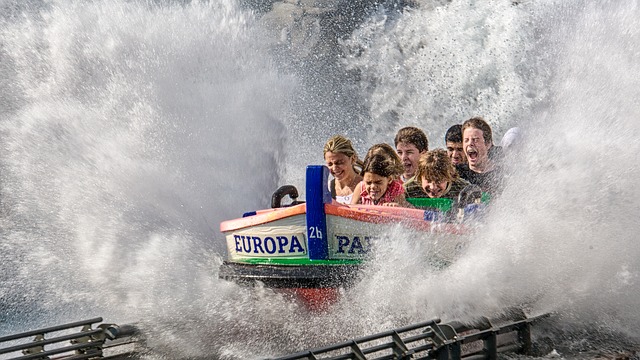 It obviously makes sense to include Winter flight schedules to places like Cologne and Frankfurt as they are home to some of the most popular Christmas markets in the world. However the Winter tourism market is expanding too as people take the opportunity of less crowds and lower prices to explore cities all across Germany.

The year of 2017 is a special one for Germany too, as it marks the 500th anniversary of the Reformation. To support this the German Tourism board are putting their focus on events linked to the anniversary including arts, cities and cultural shows. It is hoped that these events which are being held all across Germany will attract history and art lovers who might not have considered Germany as a travel destination.

There are many other events of course, all Summer you’ll find the International Garden Festival being held in Berlin. It is being hosted in one of the largest prefabricated housing estates in Europe and is designed to demonstrate sustainable living and the use of urban green spaces. It’s not just gardens, there are art installations, visitor’s centres and many concerts and performances mostly open air.

Germany is also using this event to link into some other commitments including that of sustainable travel. There is more main stream fun available too, including one of the largest theme parks in Europe – Europa Park which has been expanded for 2017 plus an new water park called the Water Adventure Resort which is opening in 2019.

The UK has been targeted as one of the markets with greatest potential for the German tourist board. English is widely spoken in Germany and although currency levels have made Germany more expensive for the British it is largely seen as a good value destination. Many thousands of visitors come to Germany every year from the UK, most have even discovered how to watch BBC iPlayer abroad in Germany too by using a simple VPN program when travelling.

For music lovers, there is also a very special treat being held in Bonn this year during September. The city is the home of Beethoven and it will host a special Beethovenfest which will include lots of festivals, markets, art exhibitions and other events linked with the composer.