In these troubled economic times in America it is tempting to give up on the American dream and to emigrate to a foreign country. It is not something as commonly done in the USA as Brits who move to Australia; but it is increasingly becoming a tempting option fro some Americans. Whereas many Americans fled to Canada to avoid the Vietnam draft, the parlous condition of many Americans lives have made them think about seeking their fortune elsewhere.

Whereas developed countries in Europe as well as Canada, Australia, Japan and New Zealand are often expensive to relocate to, they offer more security and perhaps better career opportunities. Or do they? Traditionally, many Brits went to Hong Kong until the reunification of the island with mainland China. There they made their fortunes and better lives for themselves then they could have done at home.

Many young people go traveling and they find a country and a culture that they truly love. They get a job, learn the language and end up staying permanently in a different country. These people often sacrifice material possessions for what they perceive as a better quality of life. 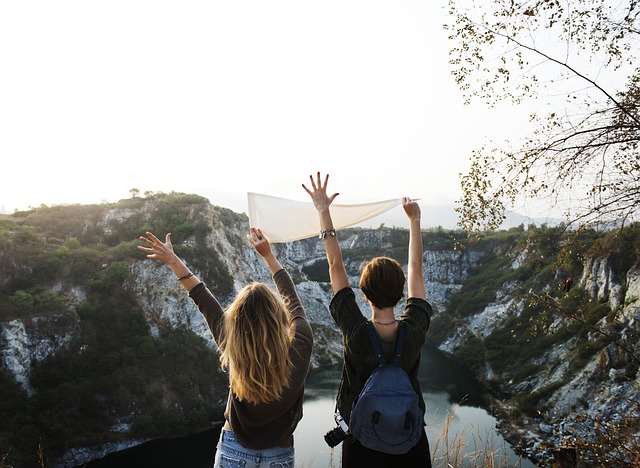 Today visa restrictions are tighter than ever, and as a consequence it is not always easy to start afresh in a new country. In some professions such as diving people are continually evading the law moving from one country to the next. They do this simply because they love diving.

In some developed countries, although visa requirements can be quite difficult they are also sometimes not applied very strictly.  Often you’ll find people who have been living and working for years ‘outside the system’ although this of course carries a certain amount of risk.    It is certainly much easier to do if you don’t require any means of official employment.  Setting up even a small business in some less developed countries can be extremely difficult unless you’re well versed in the legislation.   If you are able to finance yourself in other means makes it much simpler to fly under the radar or even just stay on legitimately.

The internet has brought a huge advantage for people who do wish to relocate.  That is the ability to earn just using an internet connection.  Whether it’s through remote working back to an office or running a website or blog to produce income, the internet means that your workplace is not necessarily tied into the place you choose to live.  Many internet marketers for example have uprooted from Western locations because they can live to a higher standard at a lower cost somewhere else.  If you use tools like this online IP changer which switches your virtual location, you can even appear to be based in any country you wish.  This can be important as sometimes sites block access from less developed countries as they are perceived as a fraud risk.

It’s not only in the workplace that the internet has made life a little easier for those seeking to relocate.  As a source of entertainment and information it’s invaluable too – many British expats rely heavily on software which allows them to access UK sites like the BBC and ITV for example.  There was some issues with the BBC iPlayer detecting VPN systems earlier in 2017 however there are a few that still work which means you can watch  the BBC from any location in the world.

The risks are high relocating to a developing country, but the dream remains. Maybe more so than the American dream.