There have been many countries badly affected by terrorist attacks over the last few years and Turkey is one of them. Just like the tourism sectors in places like Tunisia and Egypt every time there is another attack – tourism drops a little further. Even though the tourists haven’t been the primary target in Turkey there’s still been a huge decline in an industry that is vital to the Turkish economy.

One of the Turkey’s most popular attractions has always been the diving locations scattered along the South Western coast. This has seen a remarkable innovation being used by the Turkish tourism sector – an Airbus 300 airliner is being deliberately sunk as a diving attraction off the Aegean coast. 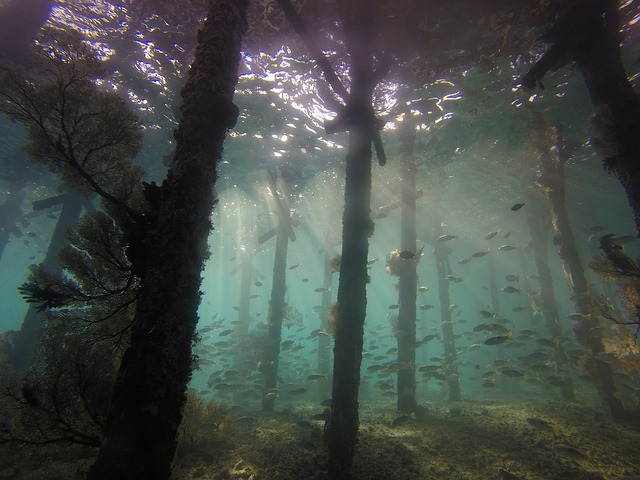 It’s a bold move and one that will have cost quite a lot of money to implement. The Airbus 300 was transported from the tourism town of Kusadasi south of Izmir this week. The jet which is worth around £60,000 has already been broken up in Istanbul before being transported. It is hoped that the plane will attract underwater fauna and flora.

It’s the largest plane ever used deliberately as an artificial reef at over 177 feet long. The municipality has made the purchase from a private aviation firm charged with disposing of the plane. The mayor is banking on recouping the costs from the diving tourism which should develop. It is estimated that over quarter of a million tourists come to this area every year specifically for diving.

The move is not the first in Turkey as several other planes have been sunk all along the coast with a lot of success. It is hoped that this effort will help stem some of the losses from declining visitors. The number of tourists visiting Turkey fell to it’s lowest rate in 17 years last month. The actual percentage fall is nearly 30% although this is also largely due to the reduction of Russian visitors who are about 80% down on last year.

Many tourist companies in other countries have pulled out of the Turkish market including one of the biggest UK ones – Mark Warner. The expectation is of further unrest in the country which has persuaded these companies to move to other areas.  There is also a large ex-pat community in Turkey all along this coast some of whom are keen divers.  Jane Heather is one such retiree who moved to the town of Kusadasi for the diving experiences.

She explained – ” I have the best of all worlds here, sun and some of the best diving sites in the world.  I used to miss lots of things from Britain but not so much now – I recently discovered that I could using the internet and a UK proxy online that I could still watch all the British TV on my laptop. Which helps a lot.”