If you want to visit somewhere that’s not only beautiful, but also represents a positive ecological story which are sadly scarce in the US, then may I suggest the Sun River in Montana. Over the past 20 years, there has been a huge effort by a variety of people and organisations to try and restore the health of the Sun River in Montana. The effort was spearheaded by  the Sun River Watershed Group who have  now been recognised as one of the finalists in the North American River Prize a prestigious award bestowed by the Australian International River Foundation (IRF).

Alan Rollo who coordinates the group’s efforts said that the recognition was extremely welcome and helps to recognize the efforts of the many individuals and groups which have worked tirelessly to improve the river over the last two decades. 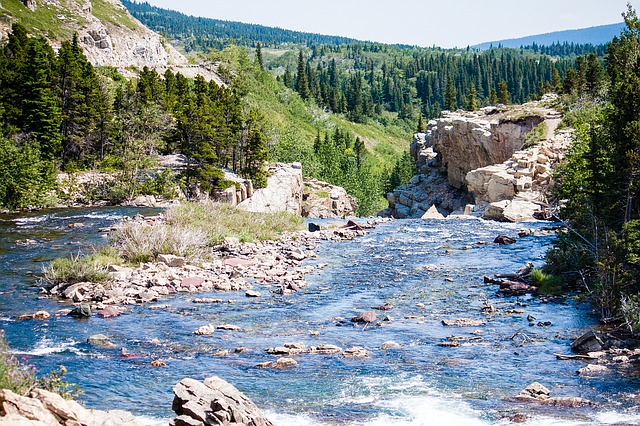 There have been a variety of projects intended to improve the river, ranging from reducing erosion, improving water flows and of course to increase the population of fish supported by the river.   The increase in the number of fish has been particularly impressive and estimates suggest that the fish population has more than doubled over the period of the project.

“The key to success is people willing to sit down at the table and find a solution,” Rollo said. “Are you willing to sit down there and truly give your heart and soul to finding something that works for everyone? That means people have to get to know each other.”

The IRF became aware of the project and took an active interest requesting data and details of the various projects within the overall improvement plan Fortunately there was a host of documentation and data had been kept to chart the improvements from the project over the years.

The IRF works with partnerships across the glove in order to help both promote and fund the sustainable restoration and management of river basins. It is particularly keep to champion best practices which is does through the award of prizes both internationally and an Australian, North American and European Riverprize.

The other finalists include the Connecticut river, the Niagara and the San Antonia river in New texas.  All these rivers have suffered particularly over the periods of high economic development were the health and pollution of rivers in general was often neglected.

There are a host of programmes and documentaries on US and UK Television about these rivers and the problems they have faced.  Unfortunately although most of the networks put their content online, you’ll need a method from this article – how to watch BBC iPlayer in France,  which allows you to bypass the restrictions that block viewers from places like France and Europe from watching.

The recognition from the IRF is particularly important to groups like the Sun River Watershed group,   Not only is is a recognition of the model and methods employed but it also the recognition of their peers helps to promote the work and attract both support and funding to continue their work.