Route 66, which originally served as the main interchange taking drivers to LA from Chicago, sparks a feeling of freedom and excitement in travelers who love the open road. The route often reminds people of stories from their grandparents or their parents, and it represents a life of times gone by. Exploring Route 66 requires dedication and research than numerous road trips require not because it’s pretty long, but because there’s a lot to experience. Attractions vary from loads of roadside museums and stores to the majestic landscapes that define the American West from mom and pop diners. 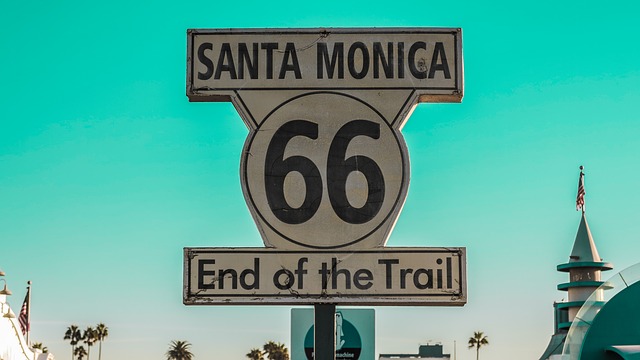 Make sure you choose carefully about the length of your journey, don’t just choose a beginning point and end point. If you’re able to drive the whole route from LA to Chicago or vice versa then that’s great. However you can get a feel for the trip by selecting a segment like St Louis, Missouri, explore it, and then on to Amarillo, Texas, or Oklahoma City to Albuquerque, New Mexico. There are lots of different combinations with loads of things to do en route.

Driving the entire route takes approximately 37 hours which you can distribute over four or 5 days depending upon the number of stops. Obviously this will take much longer and many people take a few weeks to explore it in depth. A good summary map of Route 66 can be obtained online and there’s lots of help for booking accommodation. Accommodation can get very busy in peak times so it’s definitely best to reserve accommodation before you travel.  At the time of writing there’s been a great little travel review on a BBC travel program, use a VPN and you can watch UK TV channels abroad  it should be up on iPlayer for a few weeks too.

You can spend the night at chain hotels, but of the fun of a Route 66 road trip is currently staying off the highway. Other distinctive lodgings include of the Wigwam Motel in Holbrook, Arizona, in which one could stay in a concrete replica of an American Indian wigwam, along with El Rancho Hotel in Gallup, New Mexico, that served as a temporary home for several Western film stars, including John Wayne, Errol Flynn, Gregory Peck along with Humphrey Bogart.

Attractions to be honest the main one is the road itself and the towns you pass through but there’s plenty of traditional tourist attractions too. The Internets oldest web site dedicated to Route 66, historic66.com, provides turn-by turn descriptions of the route and its restaurants, shops, museums and recreation opportunities. Well known attractions include of the Willis Tower in Chicago, of the Gateway Arch in St. Louis, of the Oklahoma Route 66 Museum in Clinton and Mojave National Preserve in Nipton, California.

Don’t overlook smaller sights, however, like Delgadillos Snow Cap Drive-In in Seligman, Arizona, of the California ghost cities of Belleville. Try the city of Calico, with it’s 5 mile stretch of Route 66 era motels. There are some great restaurants along with curiosity stores in Tucumcari, New Mexico. Side Trips – Decide whether you will take any side trips. Even though there’s plenty to see along with do on Route 66, you may like to veer off a little to visit certain attractions.