In the Mandia district of Madhya Pradesh, Kanha along with the neighbouring Bandhavgarh National Park, is the heart of tiger land. With the largest population of tigers in these two reserves and the adjoining forest areas, Madhya Pradesh has been given the title of Tiger State. The Surpan river meanders through the central maidans of this almost 2000 sq kms park (‘core’ area of 940 sq kms).

The grasslands of Kanha, interspersed with exquisite sal forests, are teeming with a variety of deer, barasingha, the cheetal or spotted deer, the chousingha (four horned antelopes), nilgai or blue bull, wild boar and wild dogs called ‘dhole’. But probably the most spectacular animal after the tiger in this reserve is the gaur or Indian bison. Very similar to the American bison that were hunted down by American colonisers, the Indian gaur symbolises power. It looks ferocious and when it comes thundering across the grasslands you have to seek cover. 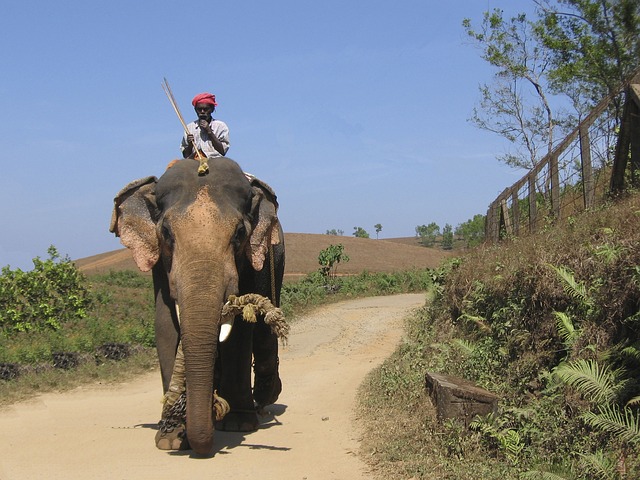 The animals of Kanha are best observed from elephant back and the open country increases the chances of sighting. The forest guards keep a close watch on the movement of tigers and when one is sighted, an alert is sounded and several elephants converge on the spot for maximum viewing of this magnificent creature. However, conservationists have recently been critical of the cornering of tigers in this manner. At night as you sit outside your forest lodge sipping cold beer or drinking hot soup, a myriad lights glisten in the darkness. It is the eyes of a herd of cheetah looking in your direction.

It was at Bandhavgarh, almost contiguous with Kanha, that the famous white tigers of Rewa were discovered. Today the progeny of the first family of white tigers can be seen in zoos across the world. Bandhavgarh has no more white tigers but it does have the yellow striped royal Bengal tiger in abundance. The park has been extended from 105 sq kms to 437 sq kms a few years ago.
Bandhavgarh National Park, Kanha National Park

There are many luxury hotels spread around the region and all have the facilities that modern day tourists expect.  They are a perfect base to explore the region in the day and you can relax in the evenings too.  Most now have great internet and wireless connections sufficient to stream video without problem to any device.  Indeed if you invest in something to change your IP address, like this free trial for BBC iPlayer, then you can enjoy your usual TV shows from back home.  It works on most UK and US TV stations online which are normally not accessible from India.

Set amidst the Vindhyan ranges, half the park has fine stands of sal. Mixed forests are found in the higher reaches of the hills. The main viewing area is in the core of the park. An ancient fort, on an 800 metre high precipice, dominates the park. Bandhavgarh’s history goes back 2000 years and the earliest signs of habitation can be seen in the caves excavated from the cliffs to the north of the fort. Brahmi inscriptions found here date back to the 1st century BC. A more recent addition is the hunting lodge of the Royal family of Rewa.

You can traverse the park on elephant back and there are good chances of spotting a tiger. In addition to the various species of deer you may spot a fox or a jackal in the jungles of Bandhavgarh.

While the best time to visit Kanha is March to June, Bandhavgarh is open from November to June. It is closed in July during the monsoons. Both parks are in Central India and have forest lodges as well as private accommodation. The nearest air connection to either park is Jabalpur and from there you have to drive down.